I get so little reaction to what I write here that it really doesn't seem worth the bother, especially as I do put in  reasonable amount of effort to check out sources and facts and to provide working links (something not even the long-established bloggers always get right!) so I have decided not to post on more than an occasional, exceptional basis.

I'll see how that goes before deciding whether to continue.
Posted by Right Friendly at 17:51 No comments:

Email ThisBlogThis!Share to TwitterShare to FacebookShare to Pinterest
Labels: blogging

The political Left in Britain love "causes" that they support (often invent themselves, in fact) and gain themselves some publicity for being the good guys and supporting "the ordinary people of Britain".

The latest in a long line of these is the UK Uncut outfit, whose clearly-stated goal is to occupy other people's property (just follow that link and check the left side) and harm them in other ways, targeting those businesses they claim (usually erroneously) are not paying huge amounts of tax due in this country.

Frankly, they are criminals, trying to hide behind the tolerant nature of our laws toward non-violent protest.

Of course, it's all really driven by the Communist puppetmasters who themselves stay conveniently hidden away so are never caught or identified; although the British Communist Party itself is usually to be found on marches and at rallies (I have photos showing this).

This piece from a new (to me) name at The Spectator, successfully debunks UK Uncut, and is worth reading through in order to gain a clearer overall picture of what these outfits are really like.

The "anti-cuts" march in London this coming weekend is a classic example of the artificiality of all this and Labour hypocrisy. Labour people are tweeting that they'll be there, spouting the Labour party line about cuts "too soon, too deep". Yet it is on the public record that Labour's Shadow Chancellor (this month's one) Ed Balls has claimed recently that he was fully supportive of the Darling deficit reduction plan which is almost identical to what the Coalition Government is implementing, both in terms of timing (identical) and amount (similar: £14 billion rather than the Coalition's £16 billion).

Therefore their whole stance is a lie, and an obvious one. Of course, those who go on these events aren't usually all that bright, on the whole, as they are obviously being fooled whenever a stunt of this nature is being pulled. The majority of such events fall into that category, and anyone capable of thinking straight would realise that and keep away.

Apart, that is, from those who are actually using it as an excuse to "get one over" on those they hate for whatever reason. Usually it is unreasoning hatred; but the Lefties are like that: full of hatred, spite and downright nastiness. They've always been the same, at least throughout my lifetime of around half a century.

Thus it is safe to ignore whatever protests these bods dream up and attend; but it will be useful to have all of them identified so that all genuinely decent people can shun them in future, which is what they all deserve!
Posted by Right Friendly at 19:02 No comments:

Here's a good analysis, by the very sound Fraser Nelson in The Spectator, of just what David Cameron has achieved with regard to the Libya situation.

It also debunks the myth that France's president Sarkozy was the primary driver: he was using ( and manipulating) this for his own political ends. The second and third paragraphs in the linked article show this quite clearly.

It has been a remarkably statesmanlike job that Cameron has done, impressive for one so new to actual government. He still has his critics (some of them in the comments to that article) and the media management of this government could certainly do with some improvements, but overall this is the kind of Prime Minister who engenders confidence, not only that of the country's own people but in the international scenario as well.

He is almost infinitely better than Gordon Brown, for a start!
Posted by Right Friendly at 14:48 No comments:

That's the overnight news; and although some sources are trying to suggest it was the French who secured this (they did play an important part) or that US president Obama was behind it (he seems to have done nothing but dither) it was the persistent leadership of our own David Cameron, along with Foreign Secretary William Hague, that made this UN Resolution 1973 happen at all. cameron first raised the prospect of a No-Fly Zone (NFZ) in the House of Commons over two weeks ago, on 28 February.

The Prime Minister was making an emergency statement to the House of Commons as I started to write this, and Jonathon Isaby has now posted a summary of that.

Now, there are arguments for why the NFZ is a good thing, and other arguments why it is bad. It is unlikely to resolve the issues afflicting Libya (there are plenty of other potentially brutal dictators waiting to take over from Gaddaffi), but the simple humanitarian needs of a civilian population under threat to their lives from their own government is compelling for many.

At least having a UN resolution behind this preventative action is hugely different from the all-out attack on Iraq some eight years ago, and the waiting for that resolution this time was the right approach, even though further lives have been lost as a result of the delay. We couldn't have managed it alone anyway.

That additional loss of life, though, was because of others' dilly-dallying, not our own leadership here in Britain. Cameron and Hague had exactly the right approach and come out of this better than any other country's leadership anywhere in the world, bar none.

The same cannot be said of the Labour opposition, though, as Guido notes in a tweet, and provides some detail here.

P.S: by a curious twist of fate, this resolution has come into being just in time for Comic Relief's Red Nose Day this year!
Posted by Right Friendly at 11:22 No comments:

I have recently started watching a TV series called Stargate: SG-1, and was today surprised to encounter a character called Chaka the Unas: 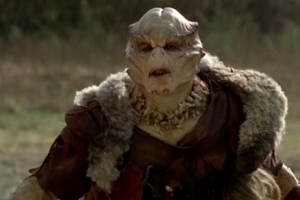 that I thought I'd study the characters of both. My conclusion after doing so is that, although Chaka is less appealing visually, his standards of honour and trustworthiness seem to be much the higher!
Posted by Right Friendly at 20:51 No comments: 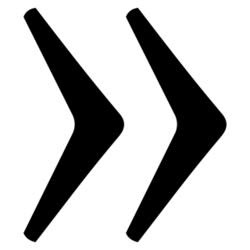 Look out for me on the blogs!

Mili-E might sing to Labour's electoral college "Oh you dolts got me, I was bought by the Unions"

Right Friendly
I have been occasionally commenting, mainly at Conservative Home, since 23 May 2010. I am of a politically right-leaning tendency, though I am not a member of any party and probably never will be. With the election of Ed Miliband as Labour party leader a few days ago, I have been wondering whether to start a kind of "Ed Watch" blog. Others could probably do a better job of that, though, so this will probably at least start off being little more than a series of links to others' articles and blog posts, concentrating on the Ed Miliband leadership as it is being reported.